It was a blistering day yesterday and my colleagues and I had actually wanted to go for the Ipoh Taugeh Chicken in Jalan Gasing. However, we had a last-minute change of mind after the horrendous jam along that stretch and there definitely was no parking space available there. 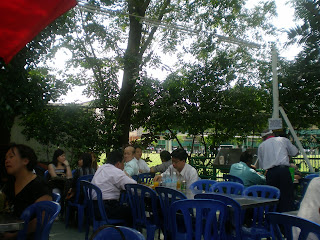 So, we decided to turn into Raju Restaurant – no traffic jam and parking space available there. We chose to sit at the al fresco area, under shady trees and giant mist fans and less cooking smoke there! We didnt want to smell like indian food later! 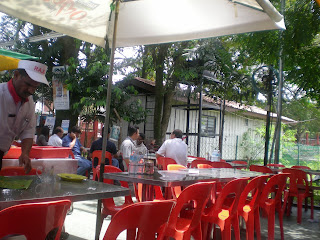 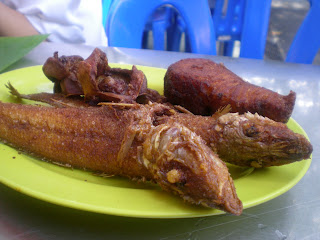 Generally, the fried stuff were OK although my colleagues commented the Chicken was a bit tasteless – it wasn’t fried till “garing” – it was in fact, a little under-fried. 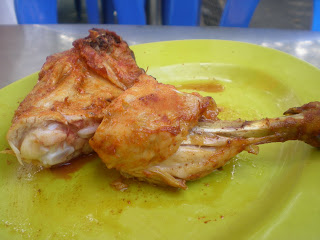 The fried Sotong was good as it had been very well marinated and there were also pieces of fried onion rings with it. 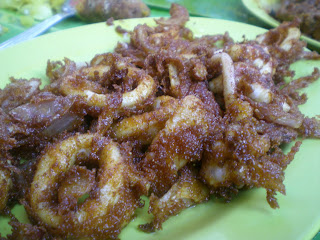 The waiters went around with trays where plates of various kinds of curried dishes were offered. We chose the Mutton Varuval (RM8). It was more spicy than tasty – I couldn’t really taste the flavour of the meat as it must have been pre-boiled for some time. 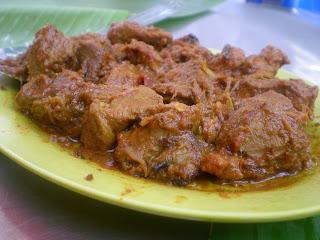 The waiters also plonked a piece of Fish Cutlet on our banana leaves, without first asking us. When I asked whether it was “Free”, he said “Bayar, semua kena bayar” and then walked off. Well, we thought since the thing was on our banana leaves, we tried it and unanimously agreed that we’re NOT gonna be conned by this again. It was tasteless, with hardly any fish in it – it’s more like some flour paste with spices and it cost RM1.50 for that miserable piece. 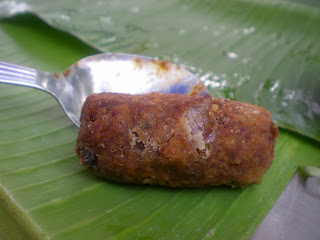 Each portion of Rice & Vegetables was RM5 per person. I found their curries lacking in taste – bland. Service was erratic – we had to repeat our request for the Fried Bittergourd several times before it was finally served to us. And what a disappointment it was! The gourd didn’t look freshly fried, it was just bitter and not crunchy at all. Although I’m a fan of this stuff, I left my portion of the bittergourd untouched. 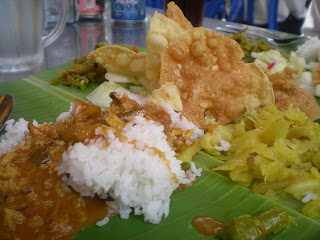 On the whole, I would say Raju’s is a bit over-rated. The food was not fantastic and the prices are rather steep. For this meal, the cost was RM60.30 for 3 people.