It was Christmas evening and I was hankering for some crabs. So, although the sky looked ominous with its dark dark clouds, we decided to take a drive to PJ. Specifically to Green View because I think they serve one of the best Sweet Sour Crabs around!

They served Indonesian crabs (RM60/kg) which were huge, yet their shells are pretty soft. The crab meat was fresh and succulent and were perfectly infused with the sweet sour gooey gravy which were thickened with eggwhite. The crabs were also fat with roe! The gravy goes extremely well with the fried mantou. Ya… dripping in cholesterol – but then, who cares?! 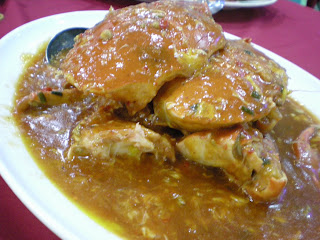 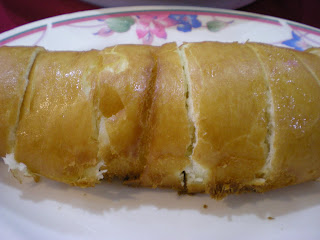 Green View is also famous for their Noodles with Freshwater Prawns. For 2 persons, the serving cost RM46 which is a bit on the pricier side. The noodles were fried till crispy and then doused with the freshwater prawns cooked in a thick gravy. The prawn roe was so rich that every spoonful of the gravy was really sinful! 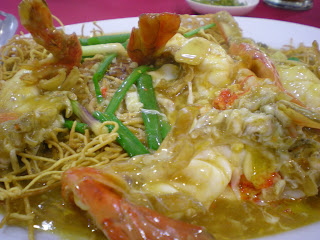 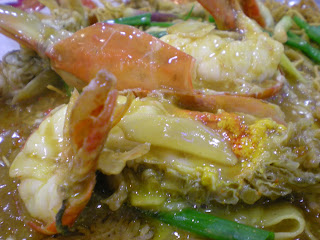 The friendly waiter recommended their Fried Taufu Balls (RM12.50 for 5 pcs). The taufu had been mashed with some prawns, fishpaste & water chestnuts and then shaped into balls and fried. I would say it’s nothing very special – have tasted similar stuff in most restaurants. 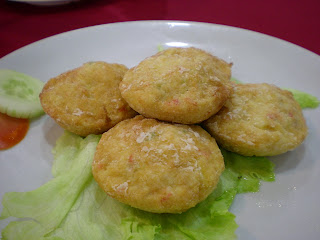 Their BBQ Suckling Piglet was going for RM110. The half portion we ordered was a bit burned at the leg & head. Otherwise, the golden crispy skin was divine, with just a thin layer of fat beneath. 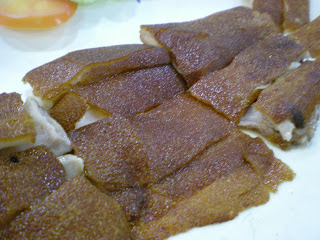