Kinsahi Japanese Restaurant
Lot F-11, 1st Floor
Aeon Bukit Tinggi
Klang
Tel: 03-33232229
The spanking new Aeon Bukit Tinggi boasts quite a no. of restaurants. Being the Jap food fan that I am, I couldn’t resist trying out Kinsahi. 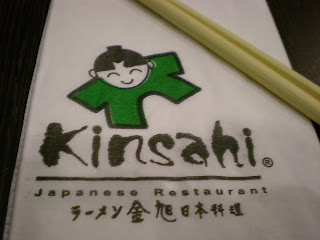 This is the only other Jap restaurant there besides Sakae Sushi andI guess it originated from Johor, looking at the list of their other outlets. The interior of the restaurant was fashioned in a rather sombre mood, with dark walls and white japanese verses imprinted. There were some diaphanous drapes hanging from corners and the whole deco looked almost like a harem in some dubious Arabian scene. The chairs had very high backs, quite un-japanese, I must say.

When we were seated, a bowl of cubed vege tossed in mayonnaise was served to us, as appetizer. We didn’t order that – it was like those peanuts they serve you in Chinese restaurants and then charge you RM2 for it. But for the small plate (like 5” diameter plate), we were charged RM5! It’s a rip-off – the “Egg Wasabi Mayo” was bland, except for the tinge of wasabi. 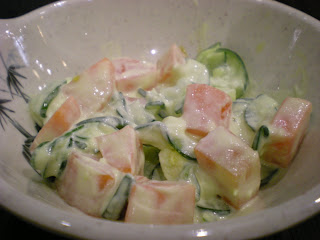 RM5 for this!
The Futo Maki Udon Set @ RM18 came with 4 pcs of Futomaki, a small dish of Guava salad and a small bowl of Soup Udon. The futomaki was just passable, the Guava slices rolled in mayo was over-ripe and the udon was miserable. The soup tasted bland and there were only 1 slice of Japanese fishcake and a few pieces of seaweed floating in it. The udon was not soft enough. 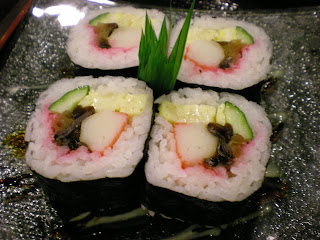 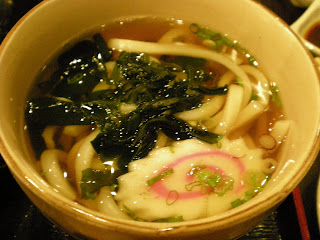 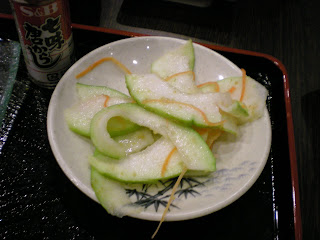 The Kinsahi Bento Set B comprised of rice, 3 slices of salmon sashimi, teriyaki chicken, a few pieces of fried fishcake, 2 pieces crabstick, 3 pieces of tamago (egg omelette), a dollop of indiscernible vege salad and a small bowl of miso soup. The set was RM30. None of these rose above average. 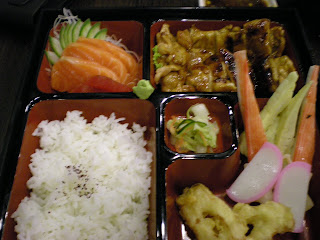 Their California Temaki (RM5.90 each) came with soft seaweed sheet – it must have been left standing somewhere for sometime. Taste-wise, it lacked “oomph” and the rice was hard. 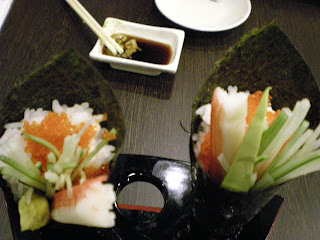 The only dish which made any kind of visual impression was their Caterpillar Maki (RM16.90). It was served on a wooden board – all 7 pieces of maki rolled with crabstick, unagi, mayo veg, cucumber and rolled in ebiko. Its taste, however was pretty mediocre, certainly not as nice as its appearance. 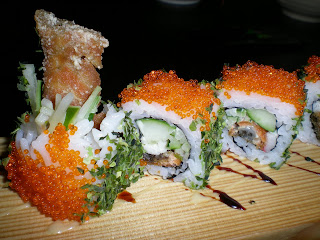 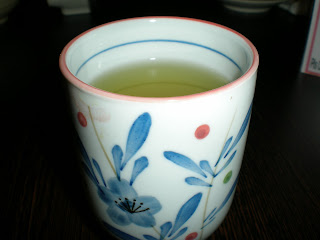