Taking a break from posting about baking, I’d like to share some feedback and photos of this popular Dim Sum place in USJ21. I believe they have another outlet in Puchong. This place is well-patronised for its decent dim sum at very affordable prices. Housed in a typical no-pretense coffee shop, service is brisk and they are usually “full house” on weekends. 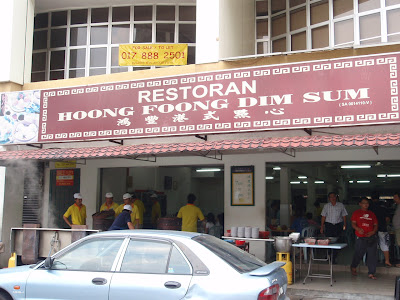 Let’s start off with the “must have’s” … Loh Mai Kai. I would say this was pretty average – nothing spectacular – the grains of glutinuous rice and chicken, cha siew, chinese sausage and mushroom were well-steamed. 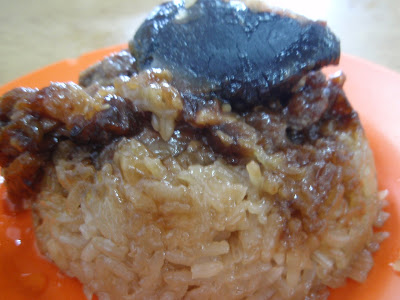 Their Pork & Century Egg Porridge was robust with decent amounts of pork and egg. Served steaming hot, it gave a warm respite to our growling stomachs. 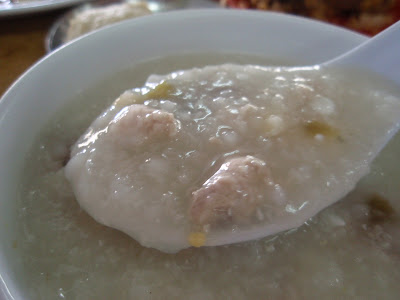 Now, on to the steamed stuff…
This Beancurd Roll was one of our favourites – we ordered extra plates of this. The fish & pork paste encased in the beancurd sheet was springy and tasty. 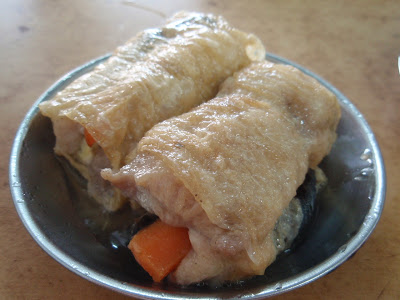 Anything to do with shrimps is LL’s favourite- so this plate of steamed Shrimp Dumpling was eagerly taken from the bamboo tray. The above-average-sized shrimps were fresh – however, I found the taste a bit bland. 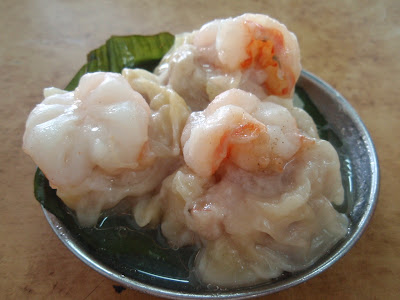 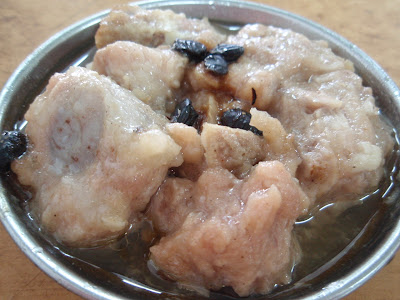 This plate of Steamed Beancurd looked interesting when it was offered to us. Hmmm… taste-wise, it was rather disappointing as the shrimp+pork filling did nothing to lift it above average. 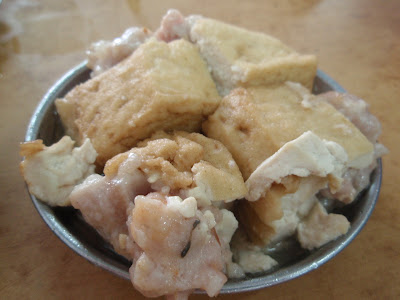 We loved these Steamed Fish Balls in Beancurd Skin – I think we also ordered extra plates of this! Served with some yummy beanpaste gravy, this was quite delectable! 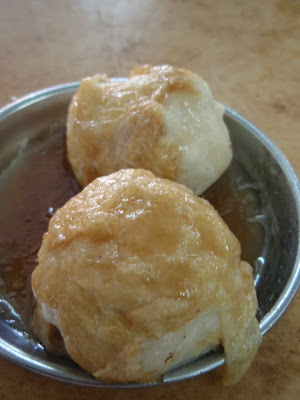 Ahh… their Cha Siew Pow was soft and fluffy – certainly passed the acid test of pows! 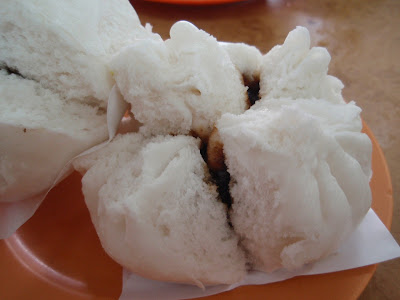 I’m not exactly a fan of the fried stuff but LL absolutely must have his Fried Springrolls! According to him, they were very crispy and tasted excellent! 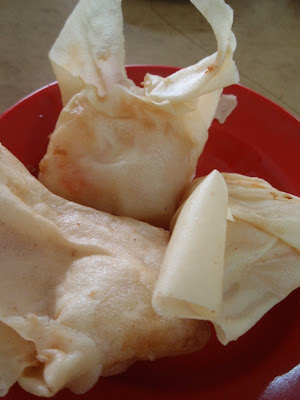 The Yam Puffs were light and crunchy and the cha siew filling was adequate. Like any good yam puff, they were not oily and the yam texture was “powdery” enough and was well mashed. 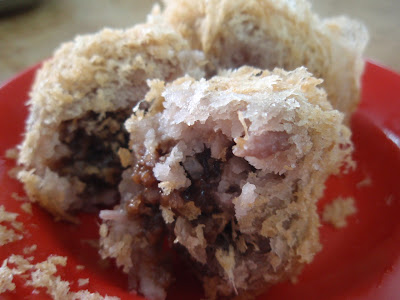 The Shrimp Rolls were “absolute heaven” – according to LL. As you can see, the light batter used was so puffed-up and crunchy! This was really shrimp paradise! 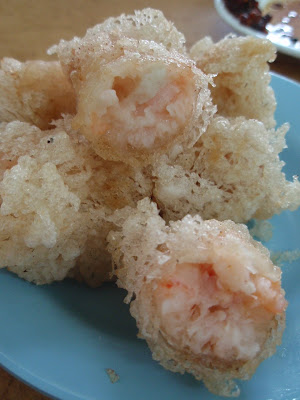 The Chee Cheong Fun guy busy with his tasks… 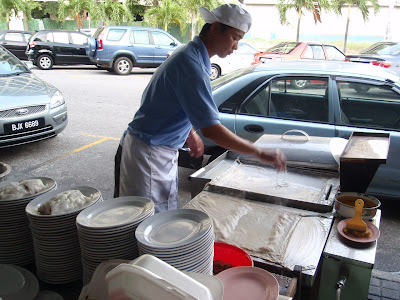 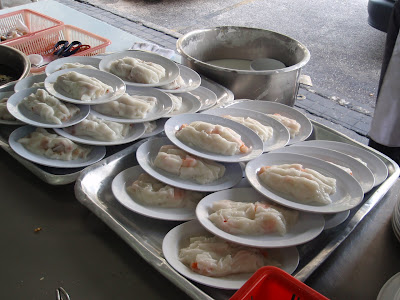 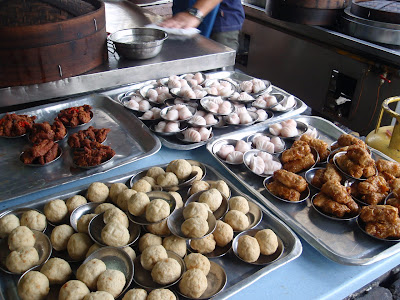 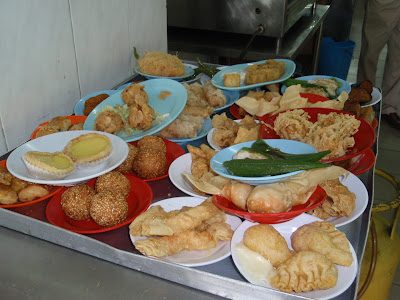 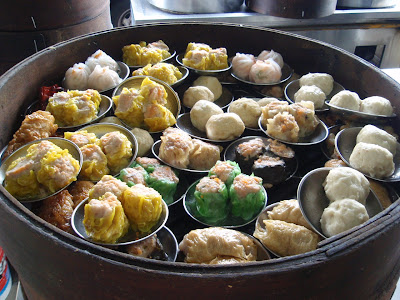 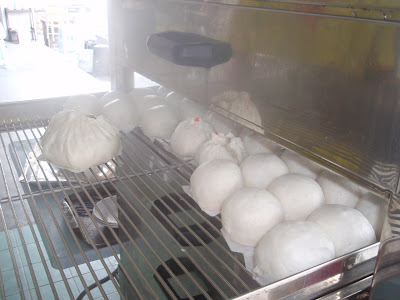 Their prices are reasonable and won’t burn a hole in your pockets, with prices starting from RM1.80 per plate. So, if you want some no-frills decent dim sum, this is the place to head to.