Ever since the last visit to Duck King a few months ago, we had wanted to go back there to try their other dishes. Please click here for my 1st Review and 2nd Review.

So, there we were… on the evening of LL’s birthday and also to celebrate DL’s birthday together, we decided to have dinner at Duck King in Jaya One. 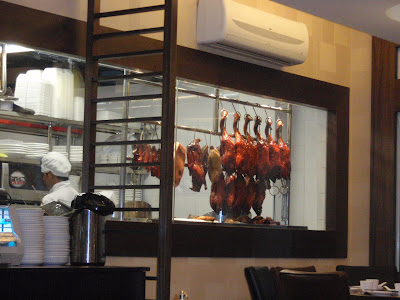 We wanted something light and “cheng”, so the Beancurd with Shimeiji Mushrooms (RM16.80) sounded good. The dish did not disappoint – the 2 slabs of “homemade” beancurd were laced with seaweed and had been lightly braised with the delightfully fresh mushrooms in a superior oyster-based sauce. 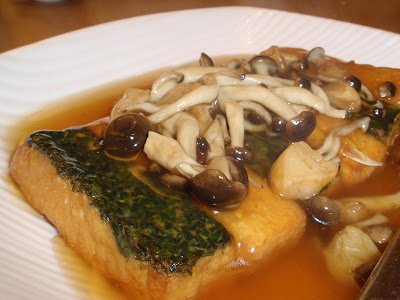 Next, we tried their Sweet Sour Belly Pork (RM24.80) which was served with 4 fried mantous. The big square piece of pork belly, topped prettily with several pieces of canned pineapples and sitting on a “pond” of sweet sour gravy was full of flavour and very tender – perfect with the fried buns. 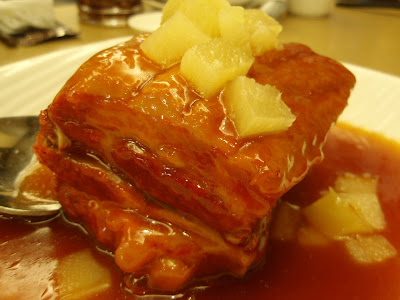 We dipped the buns enthusiastically into the yummy sauce and ate them in between pieces of melt-in-the-mouth pork belly. Thumbs up for this dish! 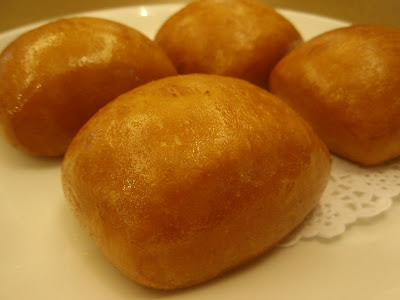 Based on the captain’s recommendation, we decided to try their Peking Duck (RM38.80). I just wanted to try some other type of duck dish besides their signature roast duck. This proved to be a mistake. I didn’t take a picture of the duck before it was rolled up in the thin pancakes. The rolled peking duck skin looked like this… 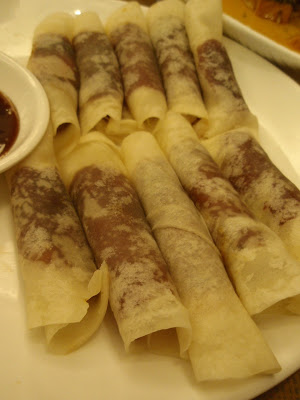 The duck skin was hardly crispy and it tasted pretty mediocre …
The duck meat was then chopped up and stir-fried and served on some lettuce leaves. They looked pretty enough… however, the chef was really too heavy-handed on the salt, resulting in some very salty minced duck! 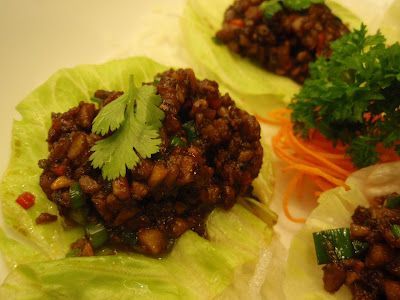 LL is a great fan of lamb… he requested the Claypot Lamb Ribs (RM32.80) hoping that it would taste something like the famous Choon Fong dish. However, what was eventually served to us was this sloppy-looking pot of braised stuff! Just look at the few sprigs of coriander leaves carelessly tossed on top – I was disappointed at this lack of courtesy from their kitchen crew. Taste-wise it did not impress as it was too salty and it lacked the fragrance of the necessary herbs and spices for chinese lamb dishes. 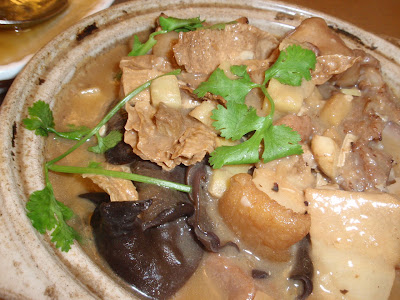 Instead of the usual greens we order for vegetables, I opted for their Lotus Root Combination (RM13.80). It comprised of lotus root, chinese fungus, asparagus, sweet peas and carrots all tossed together with a dash of oyster sauce – what could go wrong, right? The vegetables retained their crunchiness and it was good that this dish was not too salty! 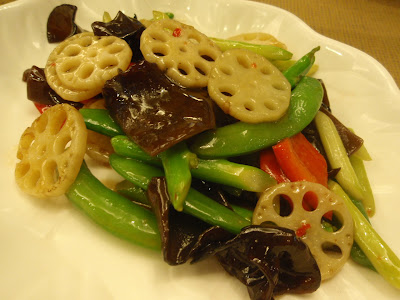 The next vegetables dish did not fare so well. I ordered their Claypot Loh Hon Chai (RM13.80) which was served very sloppily. Somehow they can’t seem to get their claypots right. For a decent dining place like Duck King, I would expect their claypots to look cleaner and more presentable. Again this must have been cooked by the salty chef because this dish was also very salty! 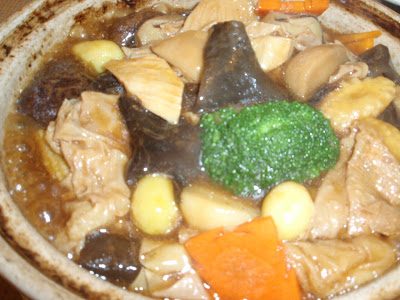 As LL was not very satisfied with the Peking Duck, he insisted we should order a portion of their roast duck + pork. After all, we can’t very well dine in Duck King and not have their king duck dish, right? So, we had a small portion of this…Roast Duck + Pork Combination (RM25): 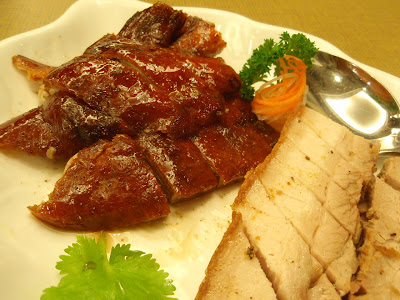 So there were some hits and some misses that night. I just hope that Duck King doesn’t go down the road of what some good restaurants do… ie over-popularity leading to sloppiness and quality deterioration. That would be a shame, really.