After the very positive review I gave on Duck King, LL has been pestering me to take him there. So, we went there last weekend and I was smart enough to book ahead because the place was crowded!

We loved their appetizer – this simple little plate of Boiled Peanuts (RM3). The big-sized peanuts had been boiled till very soft in star anise and subtly flavoured with salt and soya sauce. Actually, 1 plate was not enough, but then we reminded ourselves that we had yet to savour their main dishes. 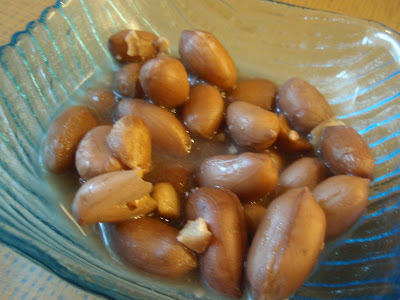 The waitresses went around with trays of cold dishes, and we picked this one – Cold Belly Porkwith Jelly Fish (RM9.80). The thinly sliced pork belly had been braised till tender in chinese herbs and spices. Eaten together with the springy jellyfish, it was just scrumptious. 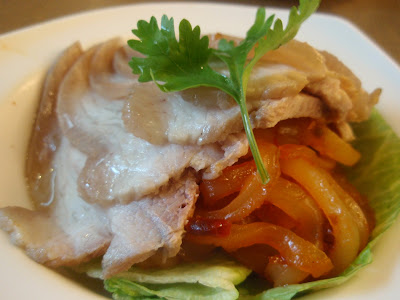 In my first review of this place, the pictures of the Roast Duck caused quite a stir – so much so that people who never liked duck before, had become very tempted to go and eat the duck at Duck King, haha! So, of course LL must have it and we ordered a portion of Roast Duck & Roast Pork (RM25) combination… 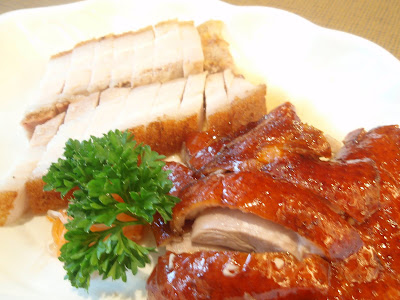 Although the Roast Pork was a tad too fatty, the crispy skin mitigated this small shortcoming. The pieces of roast pork disappeared in record time too! 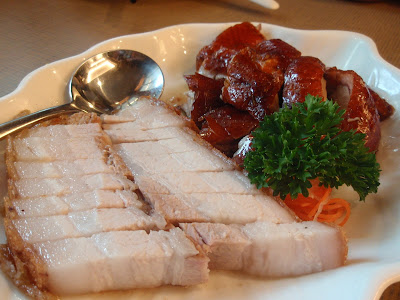 Upon the captain’s recommendation, we tried their Tian Jing Sang Yook Pau (Minced Meat Pau). The 3 pieces of paus served in a bamboo basket (RM8.80) were delicately-shaped. The pau skin was light and fluffy and when bitten into it, it revealed a generous portion of delicious minced pork. 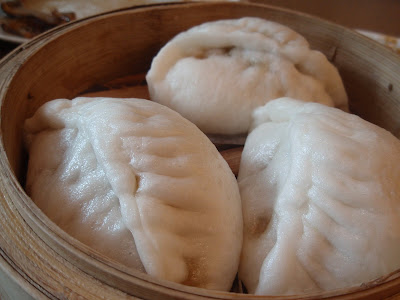 They served us some Cha SiewPau by mistake and I took a pic of them before they realised their mistake and whisked th e basket away! The paus looked pretty good, didn’t they? Maybe I will order them in my next visit! 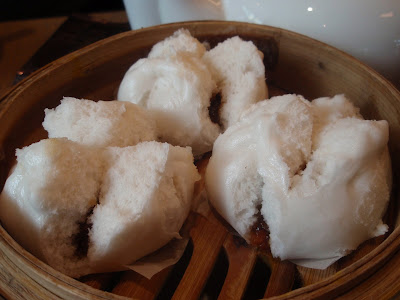 I tried their Mixed Pork Porridge (RM8.80) which took a long time to be served. Finally when it came – in a little claypot, I believe it had been left to stand for a long time because the kidneys and liver were totally overcooked! I didn’t like those overcooked chewy pieces at all and the porridge was rather bland. It became more palatable only with some pepper and soya sauce added in. 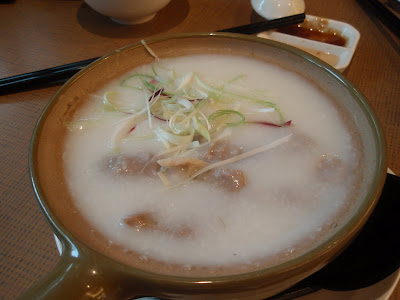 They were also serving little plates of these Baby French Beans (RM5.80) cooked in minced meat and pickled radish. It was rather salty and luckily we had the porridge to eat this with! 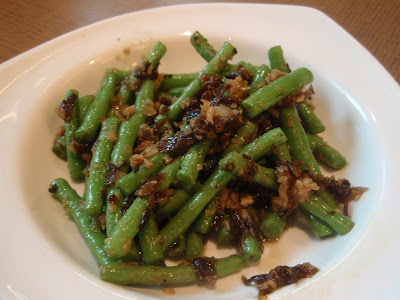 Whenever I have dim sum, I must always order Steamed Fishballs (RM4.80) as it’s one of my favourites. Duck King’s version was really very mediocre, so unless you are a diehard fan like me, you can skip this. The test for good fishballs is that they must have smooth springy texture and sadly, those at Duck King did not pass this test at all. 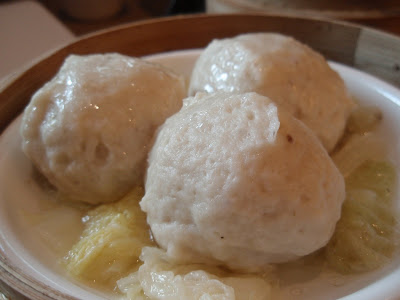 Likewise, you can skip their Cheong Fun (Rice Rolls) in XO Sauce (RM8.80). I thought it sounded kinda exotic but it turned out to be Fried Cheong Fun, sprinkled with some sambal bits. I didn’t know they were going to be “fried” – to me, cheong fun should always be steamed – that’s the best cooking method for it! The so-called “XO sauce” was almost non-existent. The rice rolls were also rubbery, tasted rather flat and we had to dip them in some chilli sauce. 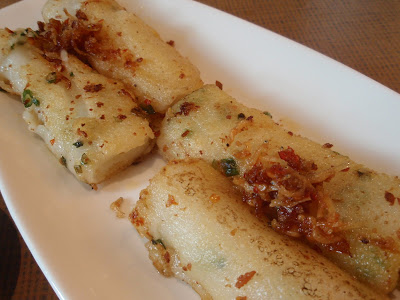 We wanted to try their noodles so we ordered the Braised Chicken Feet with Mushrooms Noodles (RM8.80). The noodles were good – fine textured and springy. However, the chicken feet were too salty, so were the mushrooms. 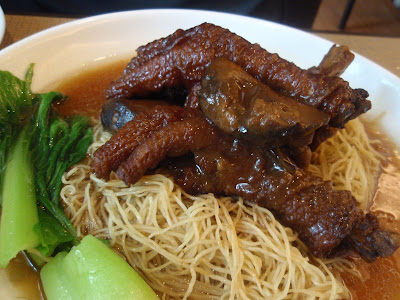 Ahh…the desserts…LL had to have his favourite Qui Lin Jelly (Tortoiseshell Jelly) – RM4.80. LL pronounced it excellent as it was very smooth and well-flavoured with the necessary chinese herbs. 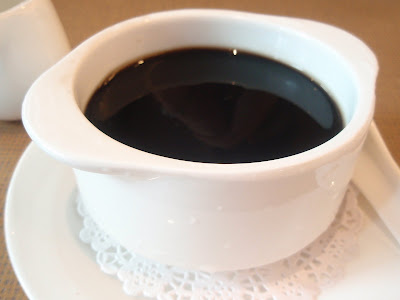 I had my favourite Glutinous Sesame Balls (RM4.80). They were totally yummy…the smooth glutinous dough…encasing the thick gooey sesame paste filling…and they were not too sweet! 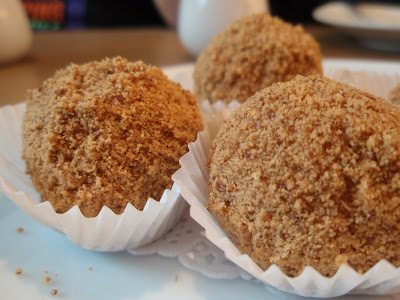 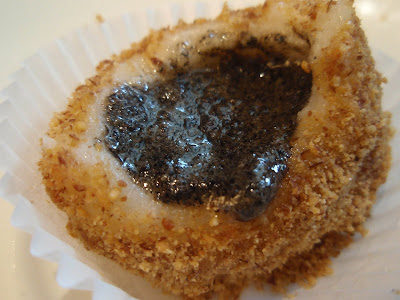 From this visit, it’s clear that some of Duck King’s dimsum dishes are not that fantastic. I will certainly re-visit it to try their other main dishes as their menu is pretty extensive. And of course, to have more of their Roast Duck!