I read about this place recently in one of the blogs which gave a good review of it. It seems they have this All-You-Can-Eat promotion for RM28.80 per head and the food was rated as “good”. So, since I was in the vicinity of Puchong the other day with some colleagues, this was the choice for our lunch (even though I had wanted to go back to Kong Sai Chicken Rice!!). 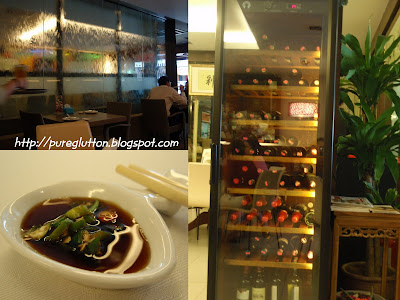 1st disappointment of the day: found out that the All-You-Can-Eat-for-RM28.80 promo is only for Dinner!

Okayyy… nevertheless, we decided to go for their Set Lunch and for 3 of us, we took their 4 Dishes + Soup + Dessert set which they told us would just work out to RM14.80 per person. Right… and we can choose from a selection of different soups and dishes on their menu.

Coincidentally all 3 of us opted for their Spicy Sour Soup (Szechuan-style) simply because the other 2 soup choices they had were definitely not attractive. Soup was served in individual bowls and while not spectacular, it was quite flavourful. OK – so far so good… 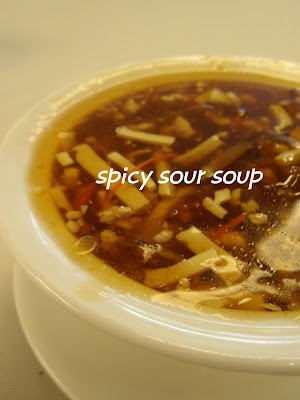 Next, the waiter carried 3 plates of the Prawn Dish we ordered to our table… and I was thinking “wow, not bad, 3 separate plates for us worrr”. Boy – was I wrong! 2 of those plates were meant for other tables and the guy plonked only this one plate for us… 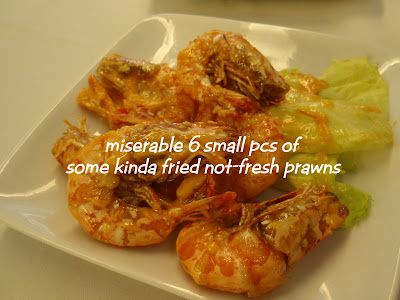 The prawns were soft, limp (definitely stale!) and were coated in some kinda pathetic mayo/starchy sauce… and just look at the size and portion! 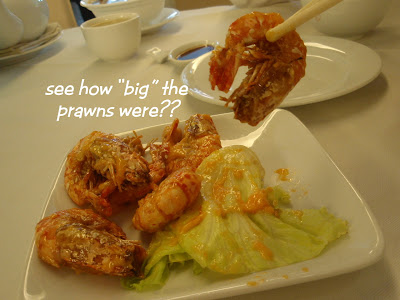 Our vege dish was this… 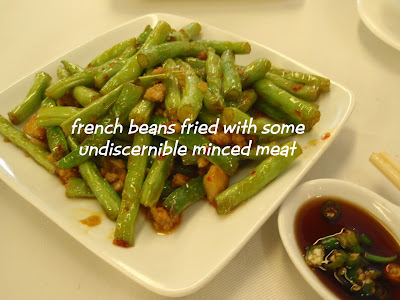 …and the chicken dish… 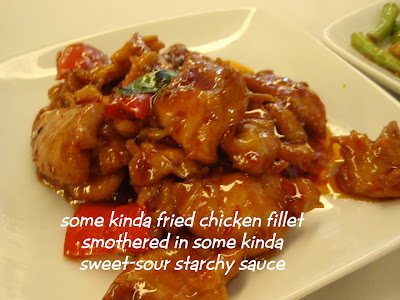 and the Steamed Fish Fillet – cheap doryfish slices which had too much cornflour smacked into them, with slices of totally-tasteless boiled “kai choy” and black fungus strewn at the sides. We had to dip these into the chillipadi-soyasauce before they were edible…so sad. 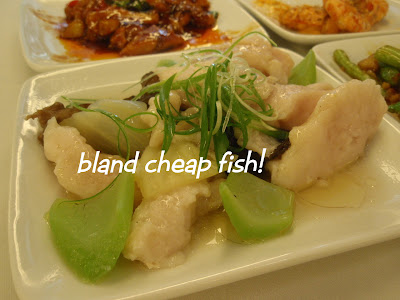 All the kedekut miserly portions of food were served on small 6″x6″ square plates and these are meant for 3 people! 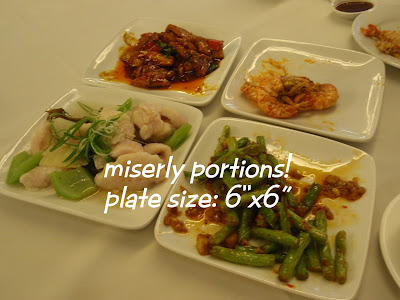 So that’s the 2nd till 5th disappointments of the day!

So, what was dessert?? 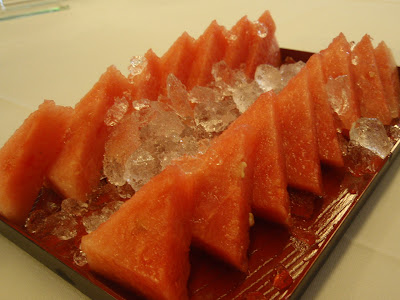 The only consolation from the tasteless watermelon was that they were served on the biggest plate of the meal! (if you can call that a “consolation”)

Wait…if you think that was the end of our ordeal… here’s the “best” part. In their promo menu, it’s clearly stated “In this set lunch, drinks will be discounted 30%“. So all 3 of us ordered chinese tea… and they served us a pot of that. 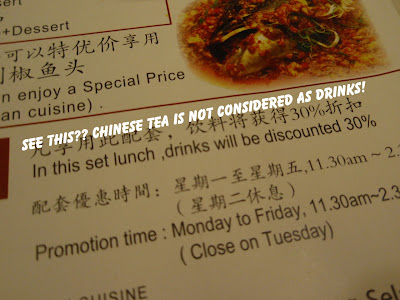 But lo and behold – they charged us RM15 for the chinese tea! (it wasn’t even any fancy tea, ok! just tikuanyin regular tea). So when we queried the 30% discount for drinks, they told us that “chinese tea is not drinks“! Yeah, you go figure, man!
I don’t know what chinese tea is classified as then??

Don’t you think that if they classify chinese tea as “Main Course”or whatever, they should at least have informed the customers that the 30% discount does not apply?? Blardy cons! 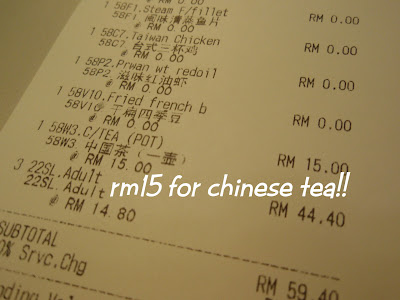 This was truly one of the most disappointing meals I’ve ever had. The miserly portions, the mediocre taste, the poor-quality ingredients used and the chinese tea incident… I think it’s very bad to con customers with these masquerading as their so-called good-value lunch set promotions!

Now, I really do not like to post bad reviews because I was taught that if you have nothing good to say, then don’t say anything. Times are bad, yeah…but then, I really beh-tahan how some restaurants can come up with such scams and I just had to have my say here!

I do not mind paying premium prices for premium food – but this was really a con job, period.

My rating – you seriously wanna know my rating?? My friend Z said to be kind to them – give them a 3/10 la – and that’s just for their speed in clearing our used plates! So, my rating system says “below 5”: you better stay at home & eat maggi mee, ok!

P/S: I still wanna go get my Kong Sai fix!!! Anyone wanna join me?