Still hot on the trail of makan jaunts in the Kemuning area, one evening last week, we decided to check out this restaurant: 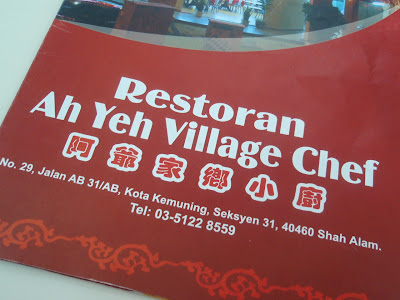 Tucked away in one of the back roads of Kemuning Town Centre, we have passed it by a few times. They opened for business a few months ago. Encouraged by the few occupied tables, we stepped into the restaurant…(if all tables were empty, we sure won’t stop by lah!)

First dish ordered was this Steamed Catfish (Pak So Koong). Weighing 0.65kg, it cost RM31.20. Since the fish was “swimming fresh”, the best way was to just steam it in superior soya sauce, topped with shredded ginger and chinese parsley. Being of a good size (not too big or too small), the fish was firm, freshly sweet and steamed to perfection. 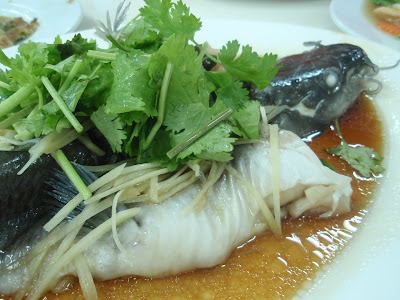 We spied softshell crabs on their menu and could not resist ordering the Fried version. Coated in a light batter, the pieces of Fried Softshell Crabs (RM20) were crunchy, with the bright orange roe oozing out as we relished every single high-cholesterol morsel. The sauce served with it was not really chilli sauce but actually a cooked sweet & sour sauce (like in sweet sour crabs). At least they just didn’t dump some bottled chilli sauce for us. 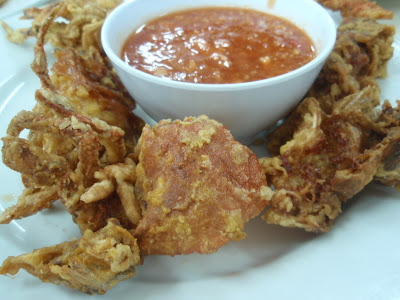 Still hankering for Oyster Omelette (like we didn’t have enough of this in Sitiawan!), LL and D had to order this again! The style was almost similar to the Sitiawan style, ie not soft or gooey like the KL style. I found it quite bland and there were more spring onions in the omelette than oysters. At RM12, I didn’t think it was a value dish. 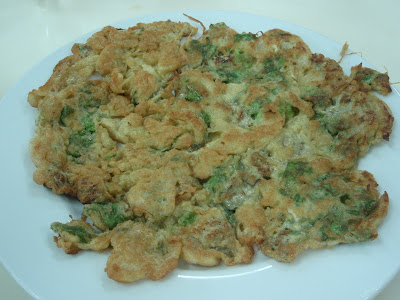 Their Signature Beancurd (RM10) was very mediocre, almost to the point of being tasteless. We had to dip the pieces of beancurd and vegetables into soya sauce – imagine that! The small portion didn’t add any delight to it either. 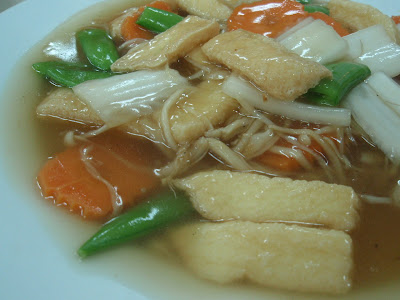 The vegetables for the night – Choy Tam (baby kailan) in Garlic (RM8) was not bad. You can’t really go wrong with stirfried vegetables! However, the portion was really small and that kinda dampened the dining spirit. 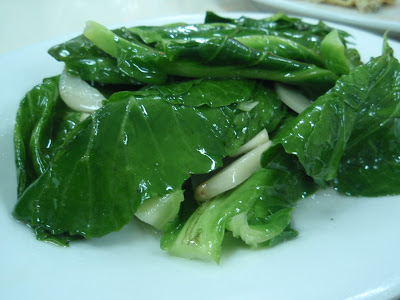 My rating: 6/10 – but do note the small kiamsiap portions!