When I was a kid, eating “kai si hor fun” was a treat. As far as I can remember, my father used to take us to the noodles stalls in Ipoh town for supper – it was either that famous stall under a tree along Cowan Street or at Lou Wong’s stall on Yau Tet Shin Street. Back then, Lou Wong was just a single stall, run by the two squabbling brothers. We hardly went to Thean Chun kopitiam in Ipoh Old Town because my father was never free to bring us there in the mornings.

Anyway, fast forward many years – Lou Wong is now a huge commercial enterprise, that little stall under the tree has expanded into a big eatery along the same Cowan Street and Thean Chun is a “must-go” place for every visitor to Ipoh. One of the main draws of Thean Chun is of course its “kai si or fun” – silky smooth rice noodles in a sweet prawn broth topped with poached chicken slices and fresh prawns. Beansprouts and chives add some crunch to the bowl of slurp-worthy hor fun.

Although there are many eateries in the Klang Valley that claim to be selling Ipoh Hor Fun, none has really come close to the real thing. Born and bred in Ipoh, we “Ipoh Mali” people are quite finicky with our food, especially food that represents our kampung. I have heard about this particular stall in Restoran Goodwill, Puchong which sells good “kai si hor fun”. The stall is operated by a 4th generation family member of the founding operator, Mr Neoh in Thean Chun Ipoh. The first time I went there, the stall was not opened and a neighbouring stall-owner told me that the kai si hor fun seller was waiting for his staff to return as he could not run the stall single-handedly. Several weeks later, I hit gold when I found the stall in operation. I quickly placed my order and sat down to wait. As I looked around, I noted that majority of all the waiting diners were also waiting for the same kai si hor fun. I knew I was in for a long wait. About half an hour later, my bowl of steaming kai si hor fun was finally served. There was the trademark ring of bright orangey-red “prawn oil” floating on the soup. WhenI tasted the soup, it brought back a sense of deja vu as I tasted something familiar from my childhood years in Ipoh. The soup had a sweet robust flavour which could only come about by boiling chicken, pork bones and prawns for hours. Apparently the hor fun is delivered from Ipoh and while it did have a good degree of tender silkiness to it, it wasn’t quite as 100% as how I remember it from Ipoh. Nevertheless, it was a bowl of good hor fun, very comforting and it will do until I get the real thing back in Ipoh. 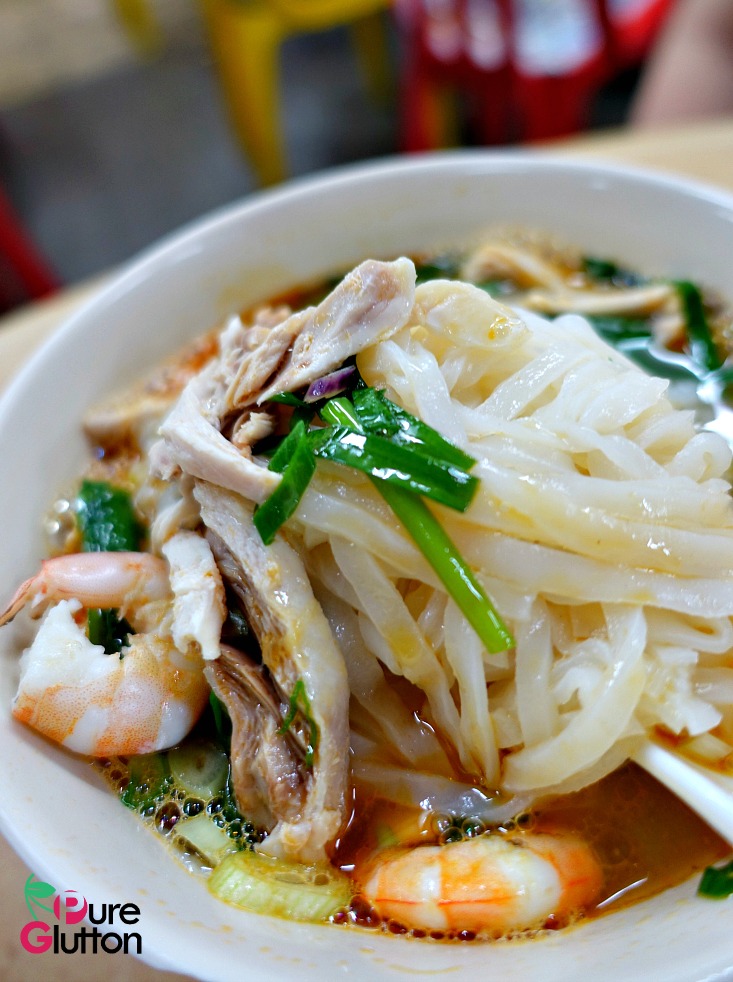 RESTORAN GOODWILL
41-43 Jalan Kenari 17C
Bandar Puchong Jaya
Puchong
Opened from 7.30am till about 11.00am
Closed on alternate Wednesdays