As my friend CH had to go to work on our 3rd day in Shanghai, we decided to explore the area near her neighbourhood. We took the free shuttle service available from her condominium – there’re regular vans going to several key areas in the city.

As we got onto the van, there were a couple signages inside which got me kinda perplexed. 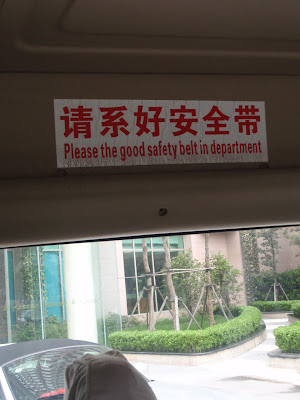 I’m sure the signs make perfect sense if you read the Chinese words… but the English translation was a bit confusing, don’t you think? 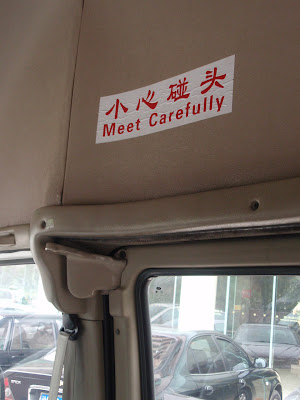 Anyway, since it was my birthday, I got to choose what to eat for breakfast. CH had mentioned that there’s a very nice Cantonese restaurant in the Super Brands Mall nearby… so that was where we headed…to Tang Palace Restaurant! 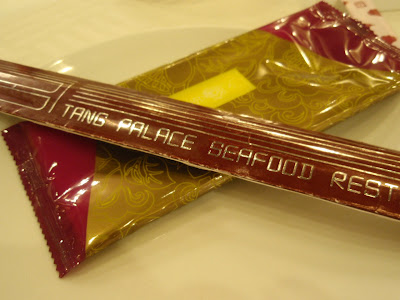 The place looked pretty posh – chandeliers, rich wood panelling, lush blinds and dim lightings… (and because of the dim lights, please excuse the rather blur photos)… 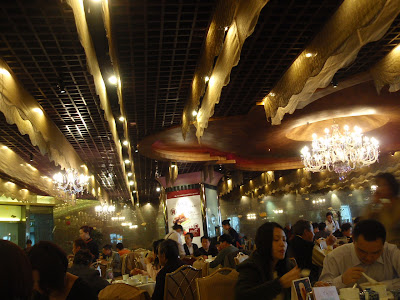 I was told this is an extremely popular place and there are always long queues. As we reached there before 11.00am and it being a weekday, we got a table without problem… but as you can see, the place was already pretty packed! 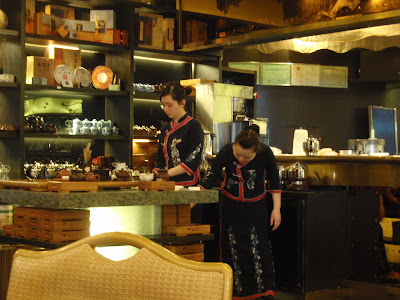 As there were only two of us, we couldn’t really try that many items. First to arrive was the Pork & Century Eggs Porridge. Their food portions are extremely generous, much much bigger portions than our dim sum here, I tell you! The smooth porridge was excellent, more than enough for 2 persons and the robust tastes of their salted pork, century eggs and flakes of fried sole were so yummy! 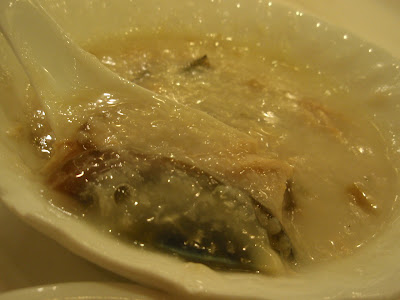 These triangular pieces of Fried Pumpkin & Yam cakes were unique – shredded pumpkin & yam mixed with some flour and fried – the texture was crunchy, light and quite oil-less! 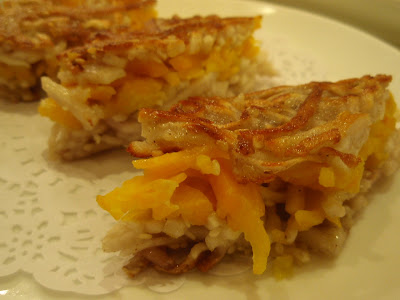 The Shrimp Chee Cheong Fun was not so good… the rice rolls, while smooth in texture, were too thick and totally overwhelmed the shrimps. We ate more flour than shrimps! 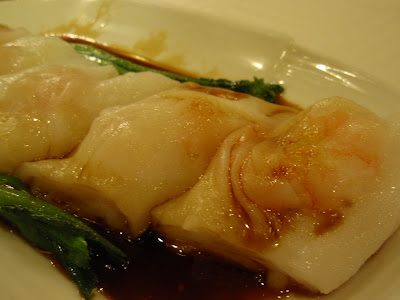 The test of a good dim sum restaurant lies in their Cha Siew Pau and the ones we had did not disappoint. The pau dough was light and fluffy and did not stick to our teeth and the cha siew filling was tasty without being overly sweet or fatty. 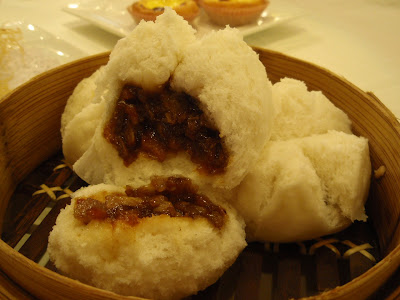 We made a good choice in their Braised Chicken Feet. It was another huge portion and the chicken feet were huge and spongily fluffed up. The addition of peanuts certainly gave an added zest and bite to the dish. 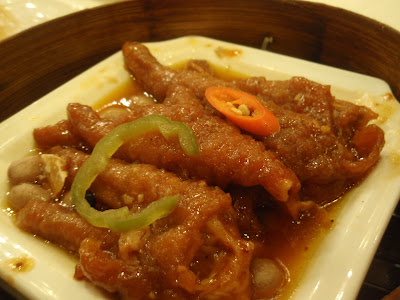 Similarly, the plate of Steamed Pork Ribs was huge – almost like a lunch dish! We could taste the yummy rice wine in the marinade which went perfectly well with the black beans and chopped garlic. 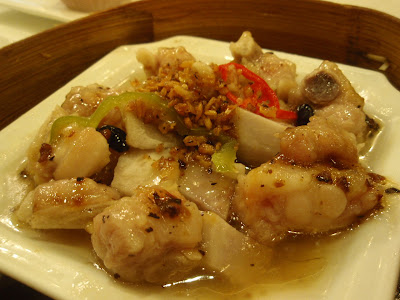 Ahh…what is dim sum without the obligatory Siew Mai, right? 4 big siewmais were sitting prettily in the basket and they were juicy and succulent – somehow, the pork there has a very different texture, as compared to here. 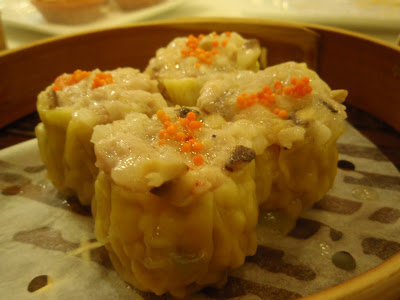 We were so full by the time these Portuguese Egg Tarts appeared on our table. We almost had to tapau them but then the thought of lugging a box of tarts around for the whole day made us quickly eat these up. … and no regrets actually because the tarts were fresh from the oven – the pastry practically crumbled and melted in our mouths! 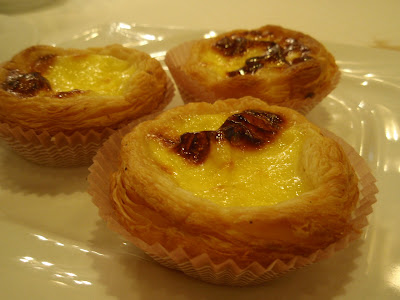 The price for our breakfast above came to about RMB120, about RM60+ … quite reasonable, I would say.

It’s the 3rd tallest tower in the world, after the CN Tower in Toronto and the Ostankino Tower in Moscow. It was also the tallest structure in China from 1994-2007 until it was surpassed by the Shanghai World Financial Centre. 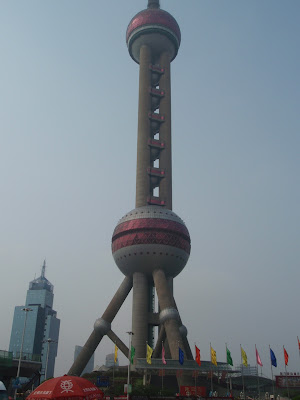 We paid RMB150 each to take the ride to the highest Observatory Level called the Space Module at 350m high. Unfortunately it was a very hazy day and this was the blurry view from the top… 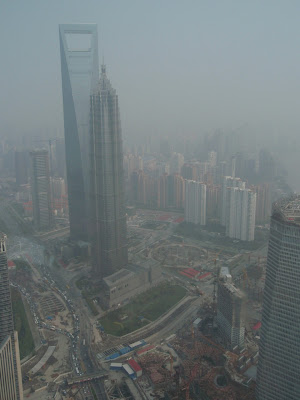 That’s the Shanghai World Financial Centre – the unique building with the “handle” at the top! The shape & design of this building look very different when viewed from different angles!

You can see that there’s a lot of construction work going on in Shanghai right now – they’re building and beautifying the city as Shanghai will be hosting the World Expo next year. If you visit Shanghai next year, I’m sure the city will be very pretty and spruced up! 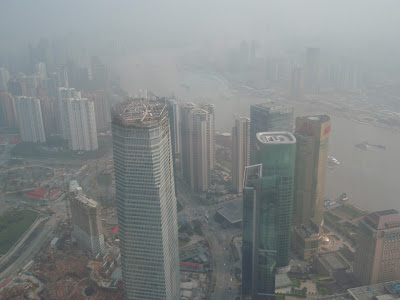 We went back to the condo to meet up with CH before heading out for dinner. She has made reservations at The Zen Restaurant in Xin Tian Di – a fashionable pedestrian street famous for its night life. It’s unique as it retains the antique walls and exterior of Shikumen housing of old Shanghai and married with the totally modern international cafes, galleries, bars, boutiques and themed restaurants which made this a thriving “in” place for visitors as well as locals. Many of the top-notch restaurants and cafes there are owned by celebrities and famous stars. 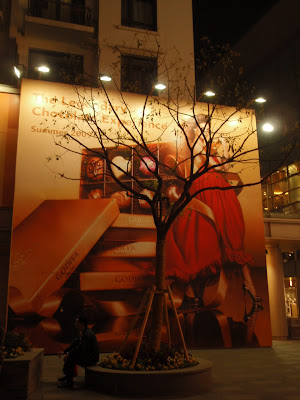 In fact, The Zen – where we had my birthday dinner, is owned by some HK celebrity (I can’t remember who!). I love this rather ethereal pic with the “moving” lights… 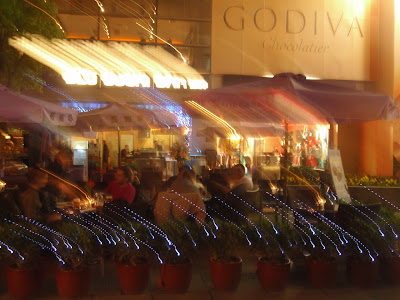 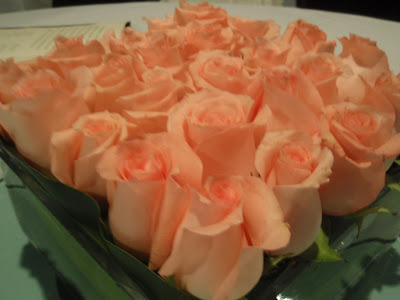 CH ordered the cold dishes… the first to arrive was this Cold Brinjals drenched in some kinda brown yummy sauce! Please excuse the rather unpalatable look of the photo (lack of lighting!) but believe me – this dish was far from unpalatable. 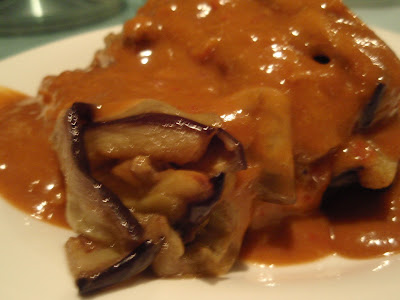 The exuberant captain recommended their signature salad – Pomelo Salad. I didn’t find it very unique – it was just fresh lettuce leaves and pomeloes drizzled with some sweet-sour dressing, but it was refreshing though. 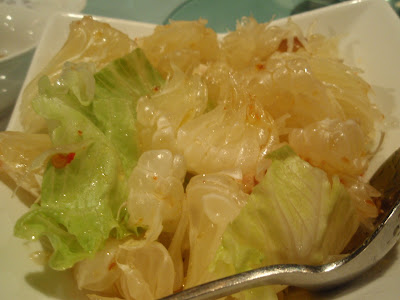 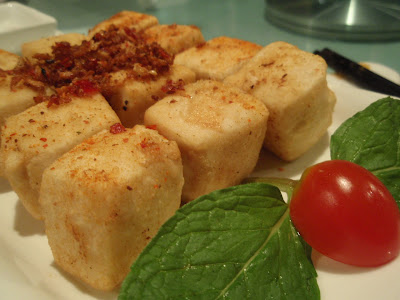 We had a whole Peking Duck to ourselves – just look at the shiny crispy melt-in-your-mouth duck skins! (Oh by the way, those crackers were there to absorb the oil from the duck skins; they are not meant to be eaten… even though they looked quite yummy…LOL!) All nicely cut for us to wrap… 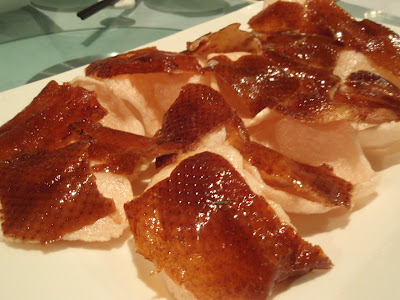 … with these strips of cucumber & spring onions… 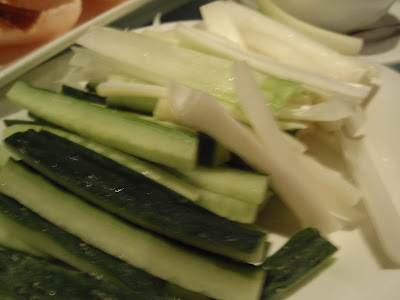 These were the flour pancakes to wrap the duck skins – quite different from those served here. Their dough is much thicker and had a more chewy texture. 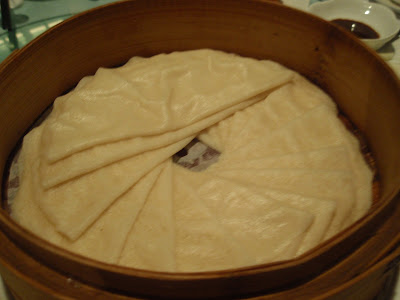 We also each had a Baked Crab… 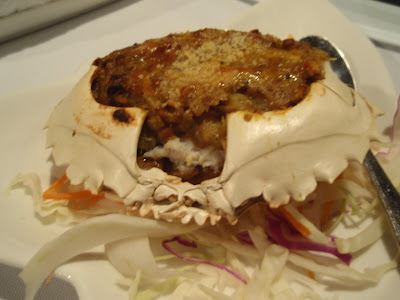 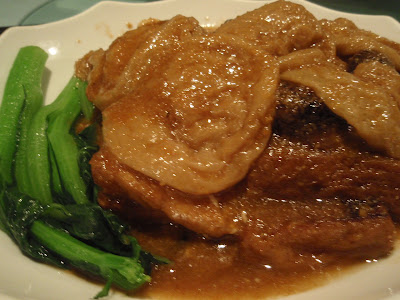 The meat of the Peking Duck was diced and fried… served in a “wrap-it-yourself” style, complete with lettuce leaves and sweet plum sauce… 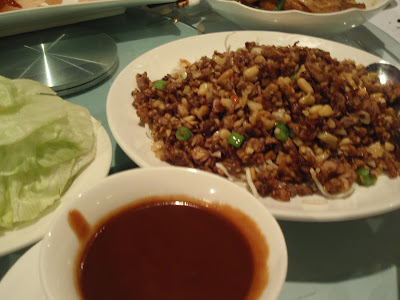 We were too full to have any dessert – so no cake, no tong-sui or anything like that! In fact, we had to tapau the diced duck and vegetarian dish back!

After dinner, we took a walk through the French quarters of the city before catching a cab back home. 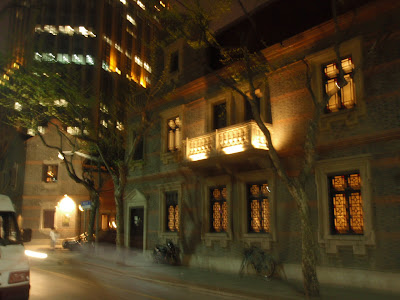 And that, was how I spent my birthday, hehe! Very very different from previous years, I must say!