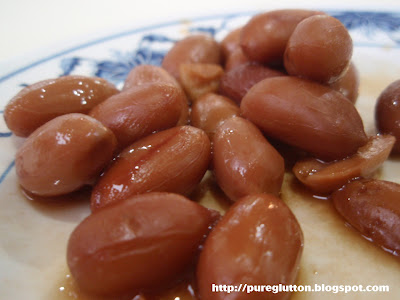 It has been quite some time since I last caught up with my dear friend KL. With her living in Taman Seputeh and just a stonethrow away from the recently-raved-about Robson Heights Seafood restaurant, it just seemed perfectly natural that I made a date with her at that place!

The pictures in this post are from 2 separate visits – each time with KL & LL in tow and with DL on one occasion! On the 1st visit, we pretty much ordered most of the items recommended by the many floggers who have been there.

The Black Pepper Udon scored high marks with us, especially LL who polished off more than half of the single-portion we ordered. The fat succulent udon were done full of “wok-hei” with the black pepper packing in a good punch as well. The squids in this udon dish were also extremely fresh! I took only a few mouthfuls of this – as yummy as it was – because I wanted to save tummy space for the other dishes. 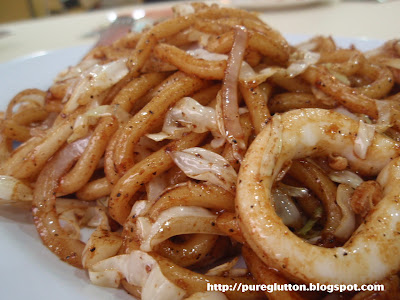 The Thai-style Pork Knuckle was a huge portion for just 3 of us. The skin was very crispy, a perfect foil for the juicy fatty layer underneath which gave way to the tender meat just below. Me – I enjoyed sinking my teeth into the chewy tendons! Dip those in the piquant spicy sauce and we’re in for a yummylicious porky time! 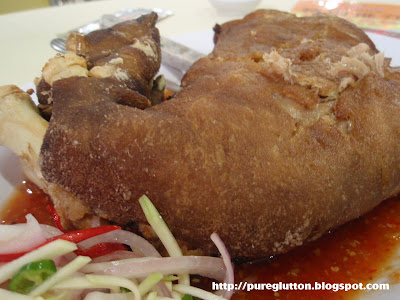 As good as the Pork Knuckle was, it couldn’t beat the Honey Pork Ribs which scored the most points that night! LL was still drooling about it many days after that dinner! The super-tender meat were practically falling off the ribs – just look at the glistening layer of bliss-honey smothering this out-of-this-world concoction! Indeed, this was sweet porcine heaven! We knew this was definitely a must-reorder dish on every visit to this place. 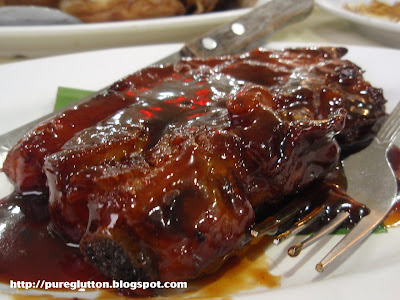 Next… the crabs! We had 2 types – the Marmite Crabs… 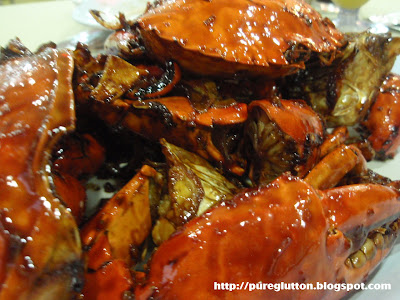 … and the Salted Egg Yolk Crabs! Ahhh… what can I say? Such sinful blissful indulgence! The pictures are telling a thousand words… and my postscript would be: They tasted every bit as yummy as they looked! 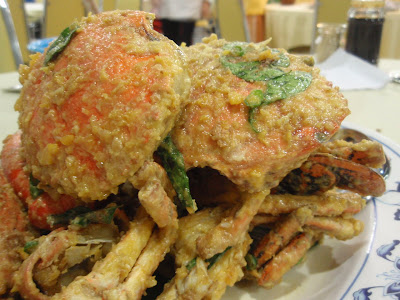 Not entirely satiated with the porcine dishes earlier on, we just had to order this Pig’s Intestines dish the moment KL mentioned it! There was frantic waving of hands to catch the attention of the captain and very soon, this was placed on our table!

Yayyy – crunchy chewy succulent pig’s intestines cooked with dried shrimps and chilli padi! I was still busy with the last piece of crab when this was served and I only managed to grab a few pieces before everything was gone! Talk about lightning-fast eaters! 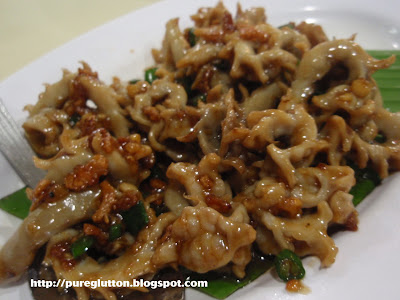 Robson serves a mean “4 Heavenly Kings” vege dish – you know, the combination of petai, brinjals, ladies’ fingers and longbeans in sambal. Dang! The pic I took of this dish was inadvertently deleted…sigh! It was so good that we wanted to order it again on the 2nd visit but unfortunately the jolly captain told us they didn’t have petai that day…so no go.

Instead he recommended us a simple vege dish – Shredded Cabbage with Dried Shrimps. Nothing outstanding… certainly could not compete with the exotic 4 Heavenly Kings… this was like the village simpleton – just simple wholesome home-cooked fare. 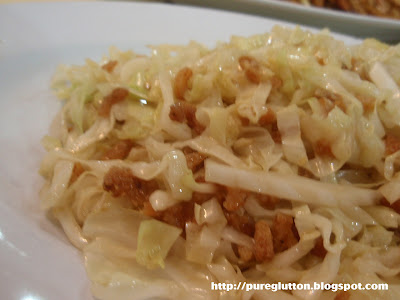 We had to have the Honey Pork Ribs again and even after devouring a couple of those, we still had room for more pork! And that’s when we were recommended this Taiwan Garlic Pork by the same jolly fella. Another simple looking dish but very appetizing. The slices of juicy pork fillet were full of garlicky sweet sour flavours which did not overwhelm the palate and you could actually enjoy these delectable morsels on their own. 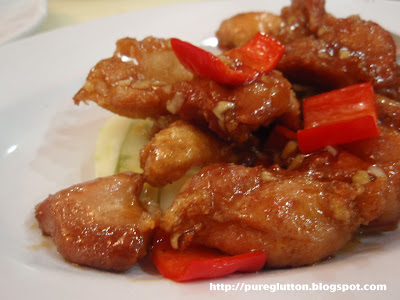 Ahhh… here’s the star of the meal! Claypot Crab Rice! This came as the last dish as the chef needed time to prepare this. When the claypot cover was lifted, this was what greeted us… 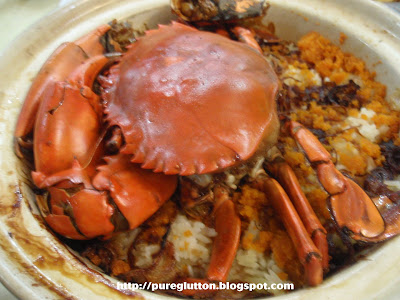 Just look at the mound of crab roe by the side of the claypot… and we were assailed with a spellbinding aroma of saliva-inducing crabby flavours wafting from this magic pot…. The rice had been deliciously infused with the crab flavours, fried shallots and hints of black soya sauce and a dribble of chinese wine… we scraped the pot clean, I tell you! I could eat the rice on its own… and took my time with the succulently-fresh crabs after that. 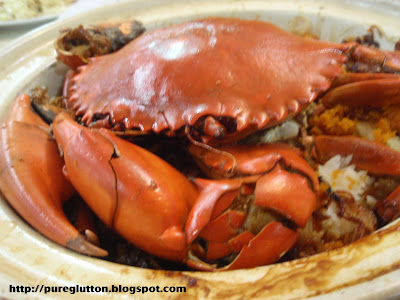 So if you feel like having some cholesterol ecstacy-inducing seafood, this unassuming restaurant in the quiet neighbourhood of Taman Seputeh is just the place to go. 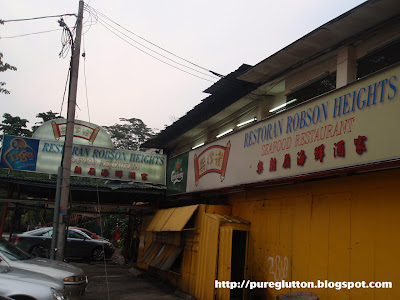 Who eats chicken curry with salted fish? Whenever

Done with CNY dishes - back to the 1-Pot Wonder: p

Anyone likes radish cake (Loh Pak Ko)? In some pla

Where can you get Nasi Goreng Kampung with Siu Yuk

Homemade and personally packed - made with ❤️

Next: Ready for the wok! #homecooking #radish #foo