Food crawls are all the rage these days, aren’t they? I realise they call it a “crawl” because by the time you have stuffed your face tummy with as much food as possible within a limited timespan, you practically have to carry your overloaded tummies and crawl back to some cosy comfy spot to hibernate, wait for digestion before hitting the next grub store!

On a decadent weekend back to Ipoh, we decided to do just the above.

Upon reaching Ipoh, it was way past lunchtime and of course our tummies were already grumbling & growling. First target was that institution-of-a-kopitiam in Old Town – Kwong Heng. Now, it’s been quite some time since we ate at this place… and sighhh… what a disappointment it was! Although it was still packing the crowds, even at 2+pm, the food really left much to be desired. The only thing I can smack my lips over there was the Fruits Rojak.

The pork satay was terrible – cold, hard, tasteless meats with even-worse peanut sauce, the sotong+kangkung was horribly tasteless, the Chicken Kwayteow Soup was just mediocre and the popiah did not make an appearance despite us waiting more than 20 minutes for it. 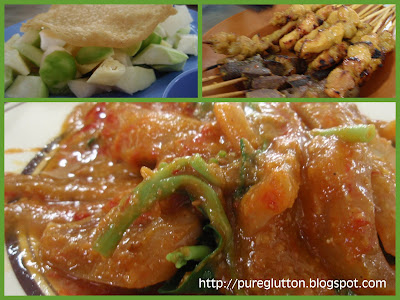 Note to self: Never go to Kwong Heng ever again!

Feeling unsatiated, we made our way back to Pasir Puteh where I was told there’s a shop selling the famous Curry Mee from Ipoh Garden. This was supposed to be that yummy curry mee stall from the “Mushroom Hawker Centre” in Ipoh Garden. Actually, this particular curry mee, before they had that stall in Ipoh Garden, they started off as a small roadside stall in Old Town in front of the well-known textile shop, Kwong Fatt. I had been eating there way back many many years ago – their thick lemak spicy curry gravy with chicken slices, cockles and mint leaves had been my favourite since time immemorial – it was really the best-ever curry mee back then!

Now, back to the present… 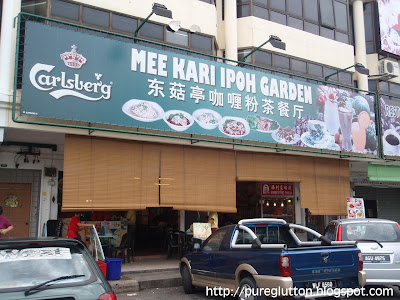 When I entered the shop, I was pretty much perked-up when I saw these being displayed… 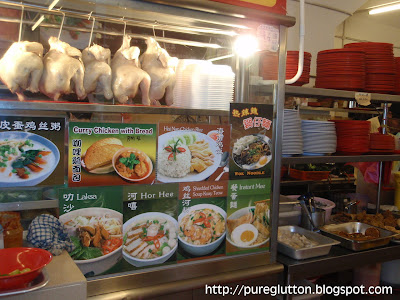 And they had huge posters of their dishes pasted on the wall! Wow, so impressive! This was how their Curry Mee was supposed to be: 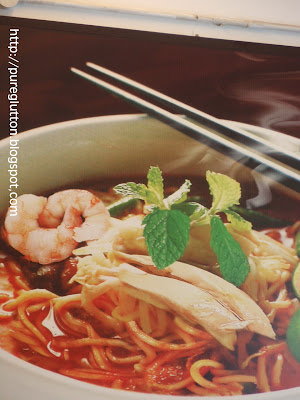 Well… this was what’s actually served: 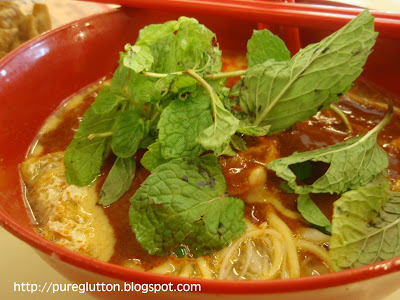 The only thing I liked about that shameful bowl of curry mee was the generous amount of Mint Leaves! The curry gravy was pathetically thin & watered-down with no semblance to the original thick-lemaky version that I was lusting over, there was hardly any chicken slices, a few miserable cockles and worst of all – the ultimate noodle sin – it was served lukewarm!!! I absolutely hate hate hate lukewarm noodles.

The other stuff we ordered were also disappointing. The sa-kot-fupei and fried fishcakes were also cold, hard & chewy, the sotong+kangkung fared slightly better than the Kwong Heng disaster and the rojak was forgettable. We ordered the last 2 items again here because we were not satisfied with the 1st meal and guess it’s just not the right day to eat those! 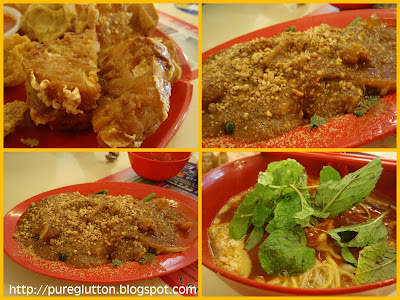 On the way back, we stopped by JJ Cakes to load up our car with 7 pieces of their popular swissrolls. Read more about Motormouth’s review of them here. My favourites are the Coffee Walnut, Choc Hazelnut, Fresh Mango and Fresh Chempedak. 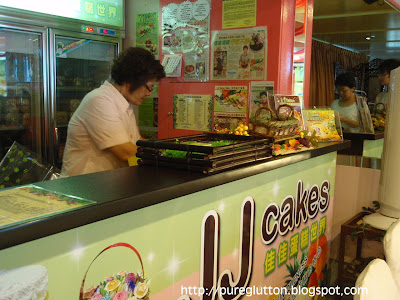 For dinner, we went to my brother’s favourite restaurant – East Ocean in Ipoh Garden as he has booked a table there for us. I told him not to order too much as we did not want a heavy dinner – we wanted to go for supper later on!

So, this was what he ordered… 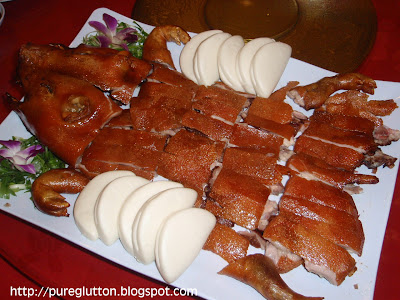 Need I say anything about this?!! Ahh.. the piggy was goodddd. 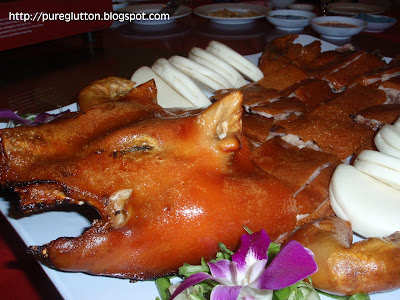 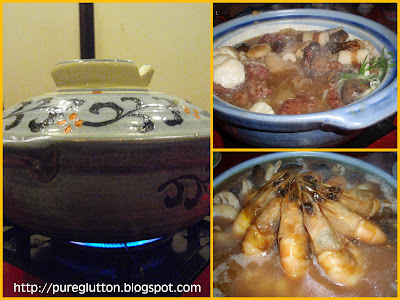 Since my nieces were there, well… growing kids need their carbs – fried rice & noodles ended the not-so-heavy dinner. 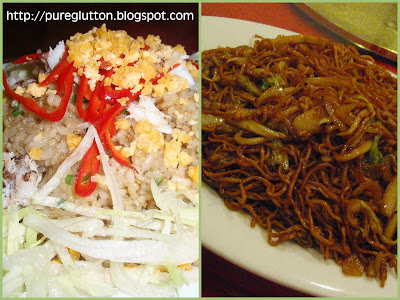 For supper, we first headed to Menglembu… in search of that elusive very-nice honey chicken which Horng mentioned. With no clue as to which corner this stall was located in Menglembu, we just headed in the general direction of their Wai-Sik-Kai… and lo and behold – guess what we found?! 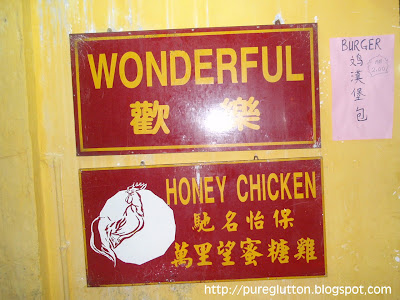 I was so excited to spot the words “Honey Chicken” on their stall that I didn’t realise what was actually displayed in their glass case were just fried chicken. Their famous honey chicken had sold off!! Sob sob. It was past 9pm then – no wonder habis lah! The friendly auntie-owner told us that we either have to come earlier or place a booking the next time. 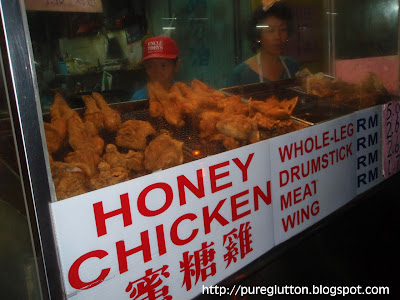 Look out for the bright yellow wall – you can’t miss it! 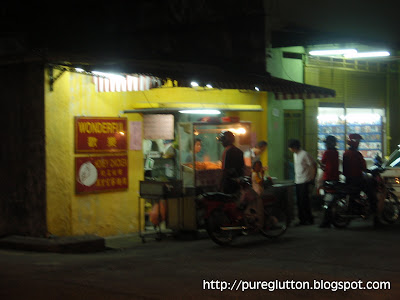 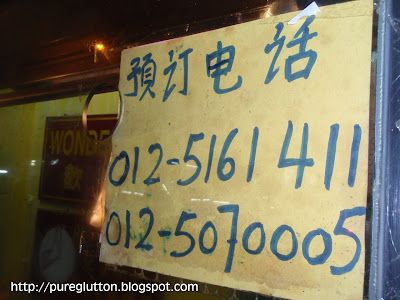 Disappointed with no honey chicken, we tried a couple pieces of their fried chicken which turned out to be just-normal only but their unassuming-looking Burger was really good! 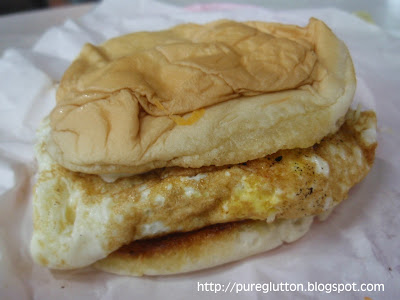 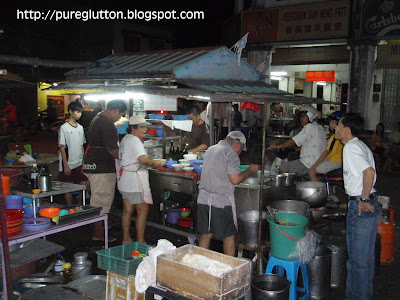 There was a continuous queue of people waiting in front of the stall and it took about 20 minutes before we had our order served. We tried with 1 plate first and that was a mistake. The noodles were so good but such small portion that we ended up ordering extra plates and waiting another 15 minutes. Served with just some blanched taugeh & a small bowl of wantans, the noodles were superbly springy and yummy!

Warning: 1 plate portion is equivalent to about 3 mouthfuls, so do the calculation first before ordering, ok! 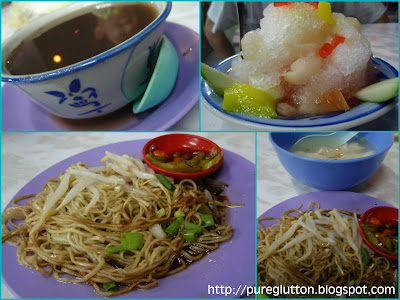 With still some space in the corners of our tummies, from Menglembu we headed back to the New Town… for some Nga-Choy Kai (Chicken & Taugeh). 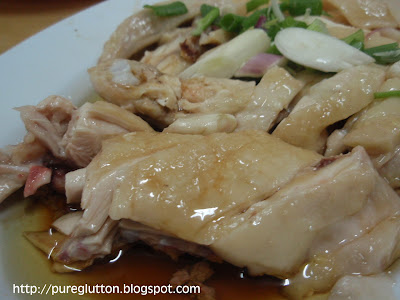 I always prefer the Cowan Street shop because their kwayteow is really super-smooth there… the chicken too was good but they could have put less oil over it. 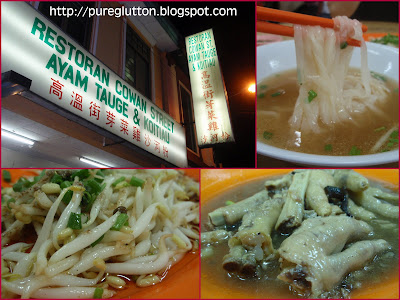 So… that was our food crawl on Day 1 of that decadent weekend. The crawl was disappointing in the afternoon but progressed well towards the night, haha! Yeah, we really crawled back to our beds that night! Luckily no one had any indigestion complaints, LOL!

Who eats chicken curry with salted fish? Whenever

Done with CNY dishes - back to the 1-Pot Wonder: p

Anyone likes radish cake (Loh Pak Ko)? In some pla

Where can you get Nasi Goreng Kampung with Siu Yuk

Homemade and personally packed - made with ❤️

Next: Ready for the wok! #homecooking #radish #foo