Another new food joint has recently opened in Kota Kemuning. Well, I think it’s not really new – it has merely moved to bigger premises as I saw their old premise somewhere along the same row of shoplots.

Anyway, this restaurant has now taken over 2 shoplots, with air-cond and non-aircond sections. It’s furnished with simple wooden furniture, some interesting marine life posters on the wall and they also had 2 side-tables with magazines for their patrons to read. As what their name promises, their menu features dishes involving fish (what else!).

Their signature dish is the Fish-head/Fish Fillet Noodles (RM11.50). You can have your fish either Fried or Non-Fried for the noodles and you can choose from a variety of fish, eg garoupa, senangin or tenggiri. The soup was very milky, with pieces of kiam-chye (pickled vegetables), slices of tomatoes and some Chinese cabbage. They used slightly-thicker meehoon, which gave a good bite and went well with the milky fishy stock. 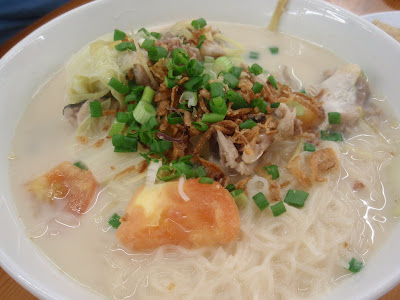 For my order, I wanted the Non-Fried Garoupa Head but they ran out of this that night. So I settled for the Non-Fried Senangin Head instead (based on their recommendation). While the fish was fresh, senangin head is not as robust or succulent as the garoupa (I love the “chewiness” of garoupa head). Better order the fillet if they run out of garoupa head next time! 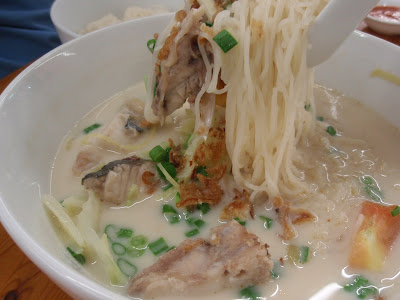 We tried their Fried Fishcake (RM5.50), which proved to be just mediocre. At that price, and for such a small portion, I think it’s over-rated. 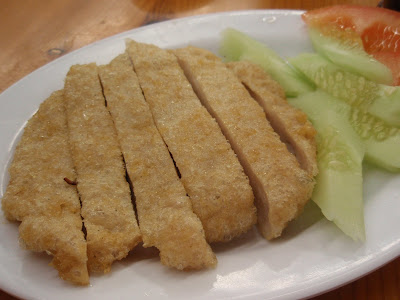 What’s excellent were their Fried Garoupa Fillet and Fried Senangin Fillet (RM8.00). The fish was so fresh and well-marinated that we could kinda overlook the price, as the portion served was again, rather small. The fillets had been coated in a thin batter before being fried to perfect crispiness. 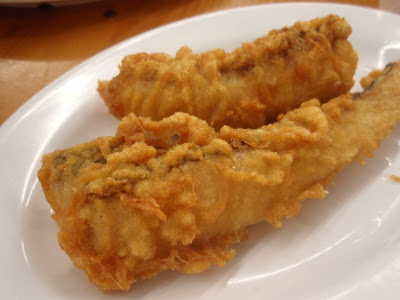 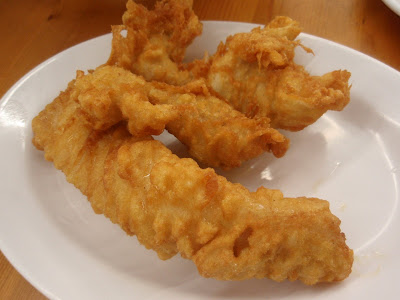 Besides the above items, they also serve Fish & Chips and Yong Taufu. However, be prepared to pay RM1.50 per piece of yong taufu if you intend to order that!