A couple of weeks ago, there was this char-siew bug which seemed to have bitten some of my colleagues. They were all talking about eating char-siew and where to get the best ones. Some of them went to hunt for one famous shop in Kepong (I didn’t go) and for more than a week, char-siew was the main topic when it came to lunch time.

I have read so many blog posts about this famous char-siew place in Sunway Mas… so armed with a map found in AWOL’s blog, we made our way to… 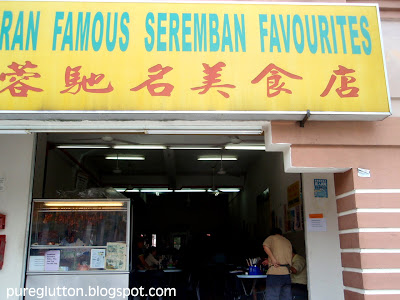 The road leading to this place is extremely packed with traffic – both moving and non-moving ones! By “non-moving”, I mean there were many cars double-parked along this already-narrow road… so weaving your car among them really requires a lot of patience and good nature!

You can also read masak-masak’s post with detailed directions to this place!

The place wasn’t overly crowded when we finally stepped in. It was about 1pm and there were still a couple of tables available. While placing our orders for char-siew, we were asked “you want fat or not fat?” Wow! Can choose your cuts of char-siew somemore! So being the ultimate piggy fan, we opted for “medium fat”, haha!

And so our plate of “medium fat” char-siew arrived… 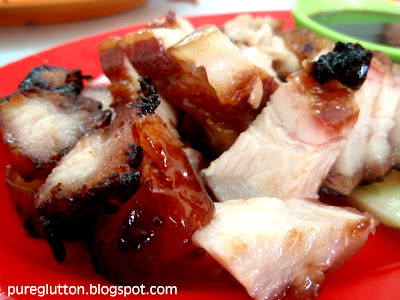 I like the way the char-siew was chopped chunkily – that adds to the enjoyment of biting into the sinful fatty porcine goodness, hehe!

The sides were well-charred, there was the compulsory layer of glistening caramelised coating, the meat was tender and juicy… 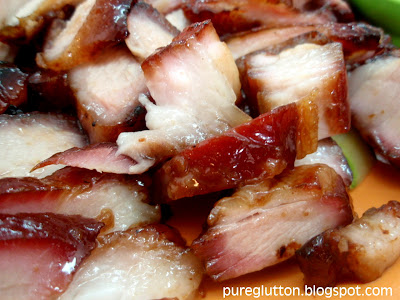 But… but… I felt there was something lacking in the flavour of the char-siew. Hmmm… it somehow lacked sufficient “taste” (not salty enough? not sweet enough?) almost bordering on blandness. I know, I know… so many people have been expounding the glorious taste of this char-siew… and yet, I truly feel there’s some taste lacking in the marinade of the meat. Perhaps a few more grains of salt and sugar would help? 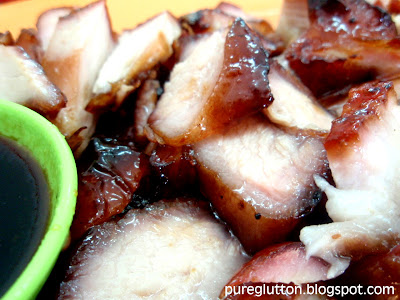 So what did we have besides the char-siew? Their much-talked-about Hakka Mee, of course! I would say their version was mediocre… I have tasted better Hakka Mee. Nevertheless, it provided the necessary carbs for the meal. 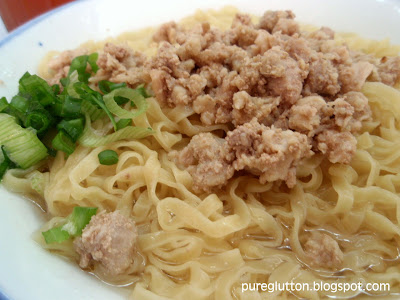 We also ordered a bowl of their Fishballs… which also turned out to be very average. They were springy but I would score them average marks in the taste department. 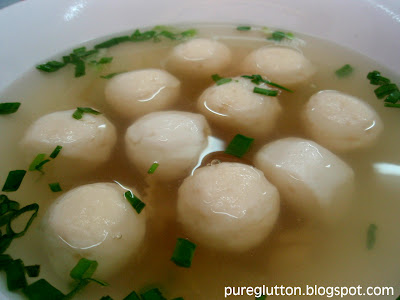 I found the owner to be a bit on the cocky side too. I read somewhere that he’s some hotshot MBA or Masters-holder… hmmm. While paying for the meal, we mentioned it was our 1st time eating in his shop… he asked us how we came to know about his shop and we said it’s through some food blogs. Guess what he replied? He said “Oh yeah! so many people have blogged about my shop la, since more than 2 years ago. Now only you read ahh? – you people are 2 years late lah!”